My oldest daughter has been to several matches with me, and has even competed in several, using her .243. I decided this coming season (2016), she would compete with a .223 Rem in FT/R. After numerous hours on trying to find a good starter rifle, I settled on the Savage Axis Heavy Barrel since it has a 1:9 twist. This would be a great little rifle for her to learn on.

Next came finding the components I wanted to use for her match loads. After spending hours and hours running numbers on JBM stability calculator as well as in my iPhone Ballistic AE app, the 69 gr Sierra Tipped MatchKing® (TMK®) looked really good. So that’s what I decided to go with. I jumped in head first and ordered a bulk pack of the Sierra 69 gr TMK’s. I had settled on CFE 223 since it shows to give good velocity. I decided to go with once fired Lake City brass with CCI BR4 primers.

Next came the testing. I decided to run a ladder test (one shot per charge from min to max looking for the accuracy node). 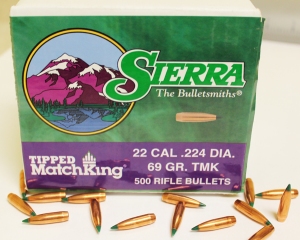 After getting my target stands in place, I made sure to range the distance using my rangefinder to verify it was indeed 400 yards.

I fired a couple of sighters I had made up to make sure I had elevation correct. Normally I use my MagnetoSpeed chronograph, but decided not to this time, because it will slightly cause a POI change. Here are the results:

Here is a closer look and measurements for my accuracy node of 25 gr through 25.6 gr: 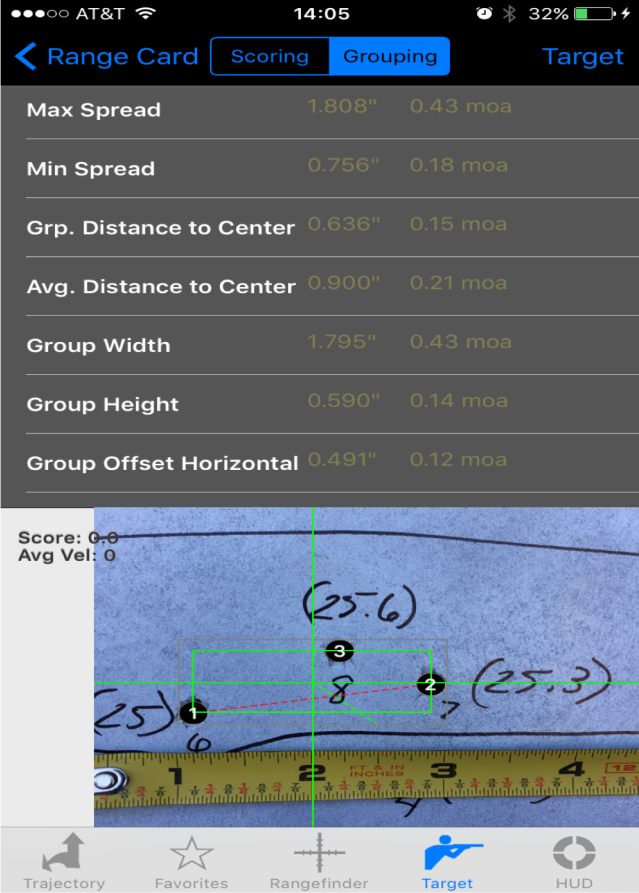 After the ladder test, I decided to go with 25.2gr for load. Next came the fine tuning. I loaded up 5 rounds each of, .02” off lands, .015” off lands, .01” off lands and .005” off the lands. I had forgotten to load an extra round to get a ballpark muzzle velocity, so when I shot this second test, I shot 4 rounds for the test, and shot the 5th round to check muzzle velocity I was getting. Here are the results from the best group for OAL/Ogive fine tuning.  As you can see, I think I’ve found a winner in these 69 gr Sierra Tipped MatchKing®.