Over the last several years I have been given an opportunity to present a reloading seminar/ basics reloading class at the Mountain Springs Youth Camp located at Grannis, AR.  This all began with a phone call from Mr. Rodger Robbins, who along with his wife Pam, and their grown daughters, Shauna and Renee and their spouses, operate the Camp.

Rodger and Pam endeavor to present an opportunity to children to encounter a true wilderness experience at Mountain Springs in the form of week long camps throughout the year. The Winter Camp was originally called the Father/Son Camp and was intended to help them bond with each other while being exposed to various craftsman tradesman performing their various craft. We have had trappers, flint knappers, knife makers,  professional race car drivers, wild horse ministries, professional singers, professional fisherman and ladies, to name a few that have come and presented to the Camp. The Father/Son Camp became so popular that moms and daughters soon began coming and supporting the camp activities. 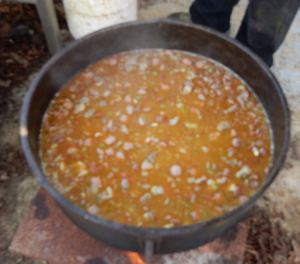 Then as always, when you get a large group of people together, food becomes a very popular event also. We have seen such items a jambalaya, chili, wilderness stew (all things wild included), cowboy stew (with whole jalapenos), wild boar, deer, elk, bear, and buffalo being served. There is always a wiener roast one night. Breakfast is biscuits and gravy, with the biscuits being the largest I think I have ever seen. 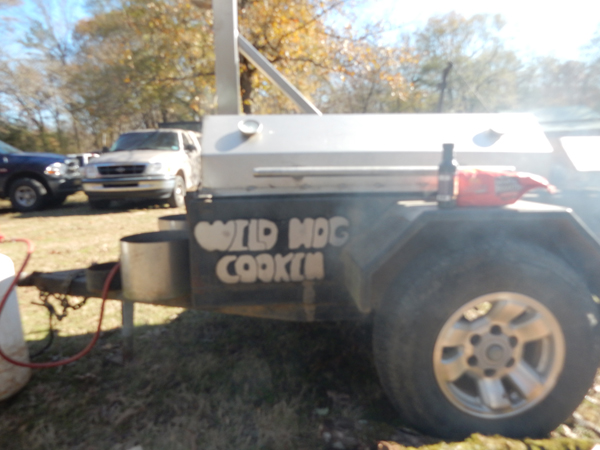 Just a brief note on a couple of the favorite craftsman would include:

“Uncle” Al, aka as Al Lawrence 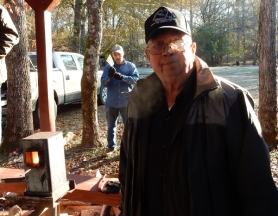 Al has been in the blacksmith business for many years and is a noted custom knife builder. He comes to perform with the steps on building a knife using a forge, an anvil, and a hammer. He takes you through the various steps of what is involved. He builds knives from railroad spikes that are very sturdy and usable. He also does a tremendous job with damascus knifes which is an art form all to itself. 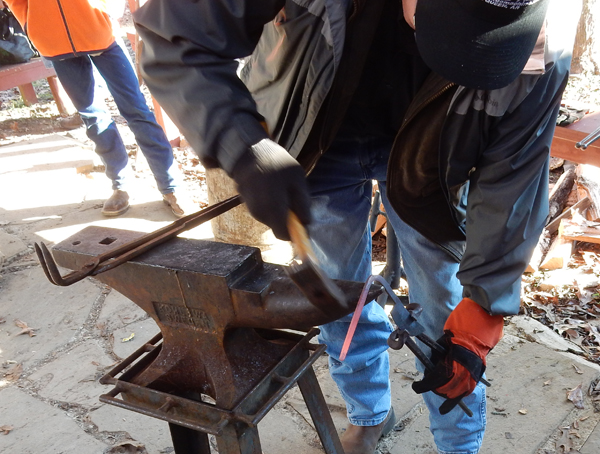 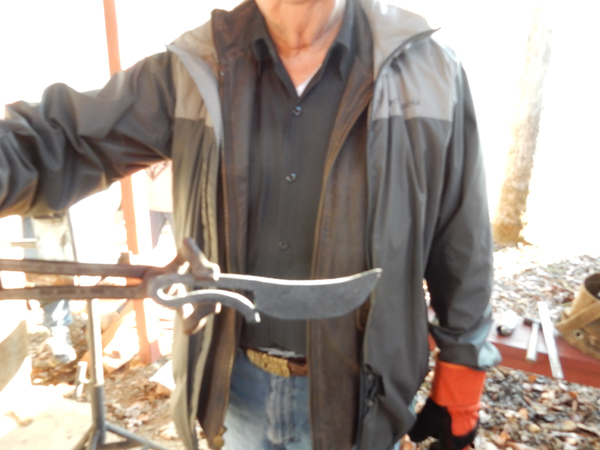 Duane’s craft of carving with a hatchet has earned him his title of “Hatchetman.” He does have all 10 fingers. I counted to make sure. The first time you were to watch him carve out a wooden spoon with a hatchet is truly astounding. Not a flat spoon either, it will have a curved handle and be one you could dip something out of a bowl of pot very easily. From there you will see that he is a craftsman of high degree in wood and wrought iron work.

I try to inform the attendees with the basic steps in handloading. The benefits and advantages enjoyed by loading your own ammunition. On an individual basis, I try to answer the questions of the more experienced and those who want to go further in the search of better accuracy and performance. 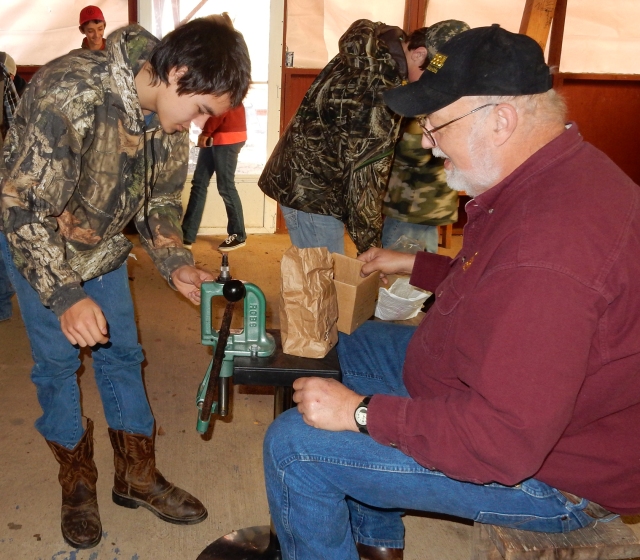 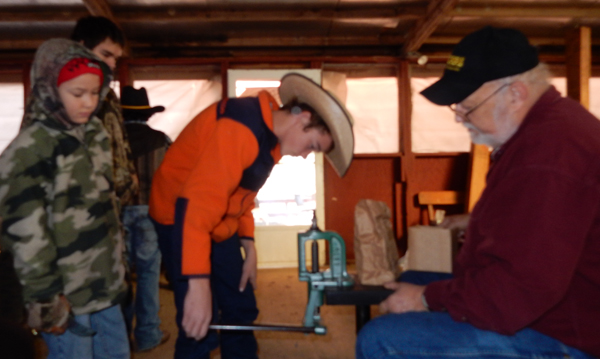 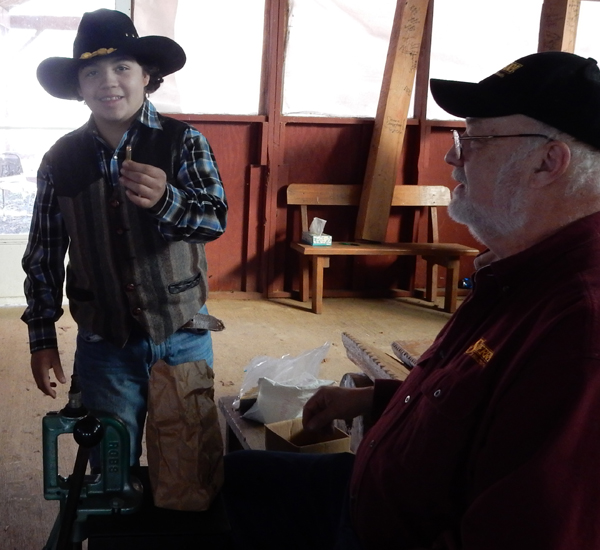 The 2015 Camp was enjoyed by a good crowd and did not lack for entertainment and enlightenment. An appearance of the local Air-Evac helicopter also was a hit with the kids. They were able to get up close and view the copter and the adults were able to have questions answered.