Why are there no Sierra bullets on the shelves? 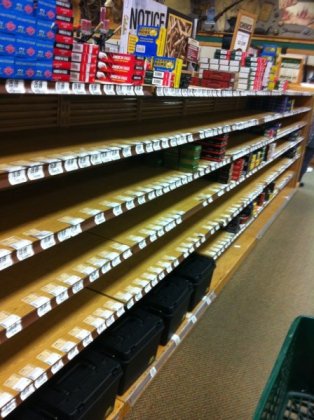 We asked Sierra Bullets Vice-President of Sales, Matt Reams, “Why are there no Sierra bullets on the shelves?”

The Short Answer:  I have been asked this many times this year.  People see this as a reason to think we are slowing production or not selling to the end users.  The truth is that we have shipped over DOUBLE the product this year that we shipped last year to retail outlets, but the demand has been even higher than this can accommodate.

The Long Answer: So many of our distributors have huge backorder logs (which have caused many to stop taking backorders) that as soon as the shipments hit their docks, they get sent right back out to the people with backorders in the system.  This causes the product to never make it to a shelf or show up in their inventory.  Just like our own system, if you have more orders than you have product on the shelf, it is still “out of stock.”  It makes the frustrated shooters even more frustrated that they shelves are all bare and it seems nothing ever comes in.

We have heard from 24-hour places, such as Wal-Mart and the like that they have started putting their ammo shipments out on the shelves in the middle of the night to allow them to get it put on the shelves before it is bought, only to still find lines at 2-3 a.m. once the word gets out.  This is simply unprecedented demand.

To put it in perspective, many of you will remember these same shortages in 2009.  2009 was a record year for most all of us in the shooting industry, even though the spike only lasted a few months.  The spike was severe enough to cause us shortages for over a year on some of our slower selling products.  This year we have already taken more orders than we did in 2009 for the ENTIRE year.  That should shed some light onto how many orders we have taken this year.  And that is with us turning down new orders left and right as we knew we could not service them.

We really are shipping well above a record pace this year, which is even more than I had hoped we could do.  We will continue to do so until the demand slows and the shelves are restocked – you have our word on that.

2 Responses to Why are there no Sierra bullets on the shelves?